European Green Journal: « A Degrowth Project: a strategy to counter the crisis » 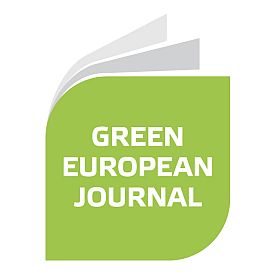 The idea of degrowth has always been a strain green thought, but what exactly would degrowth mean for our economy, society and relationship with the planet. Does degrowth provide the answer to the social and ecological crisis?

Given the convergence of interconnected crises, which one could call an anthropological crisis, degrowth, a catch-word for a recent explosion of thought and socio-economic experimentation, aims to initiate a democratic and peaceful transition to new models of sustainable and desirable societies.

This is what we have tried to elaborate upon in our collective work “A Degrowth Project-Manifesto for an Unconditional Autonomy Allowance”. Thus, based on our discussions, debates, experiences, and proposals, we support the establishment of an unconditional revenue, issued in non-monetary drawing rights on resources and access rights to public services, in addition to monetary allocations in local currencies rather than in Euros.

Advocating for degrowth in the midst of soaring unemployment, isn’t it indecent/absurd?

Growth does not ensure full employment: it’s a myth. Over the past forty years, GDP has grown but so has the unemployment rate. Imposing austerity, which has devastating human consequences, and hoping for growth to return, while turning a blind eye to ecological collapse is simply irresponsible. We cannot grow infinitely in a finite world.

Degrowth is a provocative word used to instigate an in-depth debate. What are we producing? How? Why? Growth requires us to produce more and more useless things by exhausting resources. How does one escape the vicious circle and reinvent a society that values human relationships and an alternative relation to the tool, production, and nature? What is happening in Latin America around the concept of “buen vivir” [« good life », ed.] interests us. Degrowth by no means suggests we return to the Stone Age. The first of all degrowths must be a degrowth in inequalities.

How to achieve degrowth?

First, we must forsake the religion of economic growth. We must reclaim the authority to issue money, cancel repayments for illegitimate portions of the debt, partially or totally nationalise the banking system, ban tax havens, and tax financial transactions. Establishing a maximum acceptable income (MAI), around four times the minimum income, in contrast to the current situation where the maximum revenue is 4,000 times greater than the minimum revenue. In parallel, we propose an unconditional autonomy allowance (UAA) enabling everyone to have access to a decent and frugal life, from birth to death.

What is the unconditional autonomy allowance (UAA)?

The idea originated within the degrowth movement from concepts such as unconditional basic income, the extension of free usage spheres, the proper or improper use of resources, and practical alternatives. We have also led discussions regarding the maximum acceptable income, the debt crisis, administering the monetary system within a democratic framework, and then end of the religion of economic growth.

Putting that all together, within a transitional approach that incrementally re-locates the economy, we came up with the idea of a demonetised basic income, provided mainly through drawing rights on resources and allowances in local currencies.

We support an unconditional basic income for reasons of social justice, because it would reduce the suffering caused by growing inequality and austerity. We are also in favour of it because it’s a tool to prevent alienation from work, to overcome the centrality of labour value, and to progress towards a society of chosen activities.

However, we are very cautious, for if such a measure is implemented without an understanding of the meaning of our production, our consumption, or the very important role publicity plays in our societies, it may lead to something rather worrying where the consumption of things that aren’t useful is continued. Basic income, according to Milton Friedman’s version, could also lead to the destruction of a number of social minima or labour rights.

We are therefore entirely favourable to a basic income, provided it is encompassed within a vision of society; broader thinking about a transition towards new local, alternative, economic models that take into account environmental concern; and considers questions at the heart of our thought: What are we producing? How? For what use?

Would basic income constitute a step towards UAA?

We have developed three implementation scenarios. In the first, we rely on the transition already underway, the set of concrete alternatives emerging around the world (local currencies, permaculture, local recycling workshops, and local exchange systems). We can gradually develop a new way of producing, alternative economic models and put the UAA in place. But this step, while necessary, is not sufficient because it doesn’t take into account the problem of power, conflicts of interest, and power struggles.

In the second scenario, while continuing to focus on practical alternatives, we imagine a significant reduction of working time in order to share the fruits of labour and put an end to unemployment. Free time could be invested to further develop alternative models of local economies and to re-appropriate tools and production at the local level.

Finally, the third scenario effectively involves establishing an unconditional basic income. That’s fairly easy to set up technically, but it requires a lot of political courage. It would entail political power, democracy re-appropriating the economic system, total or partial cancellation of the debt, and a re-appropriation of central banks and monetary creation. We would establish an unconditional basic income coupled with a maximum acceptable income and, little by little, we would convert the income provided in Euros into drawing rights on resources and alternative local currencies.

How should disparities among territories be dealt with?

The UAA would offer more rights to people who use them to organise local citizen-deliberations, a strengthening of democracy, and a discussion on what we consume. We ask ourselves about the level of sustainable consumption, how to produce and deliver energy, and at what level of consumption a higher price should be paid.

All this is has to take place over time, not overnight or in an authoritarian manner. We start to provide part of gas, water, and electricity consumption for free and progressively (we increase prices according to a price increase curve over ten years, for example), which allows time for everyone to adapt. In addition, this allows people to make necessary changes to their lifestyle, houses, and relation to others.

It thus simultaneously affords protection for the poorest, by providing quick access to basic needs free of charge, and works as a transitional tool that makes us think about how we produce and use energy and how to change our lifestyle in order to change our consumption significantly.

There is a risk, but today the competition exists, especially when it comes to water and it’s extremely violent. Water is not managed in a democratic fashion or in a way that takes into account major environmental issues, but according to the delusional myth of the invisible hand. One of the challenges of the UAA and for the degrowth movement in general is redefining our needs and behaviour to organise locally and openly through exchanges with others to produce what we need in a sustainable manner.

From a transitional perspective, the objective it to reduce our carbon footprint. Clearly, solidarities will have to be imposed. But the goal, ultimately, is to strive for societies that are as autonomous as possible.

UAA transfers in the form of drawing rights and local currencies denies individuals the liberty to consume products that aren’t local, doesn’t it?

We are not against maintaining local, regional, national, or supra-national currencies. This is not about having everything local against everything global. It’s about trying to find the right balance. Local currencies, apart from being fairer economic tools, are tools that help re-appropriate politics and re-politicise society, because people are led to question their consumption, production, and uses. This is by no means something that is opposed to freedom of movement and currency exchange will likely continue to exist. We are not in favour of banning people going for joyrides in the forest with their large 4x4s. However, they do have to pay the real price for it, in terms of the environmental impact it has, as well as its impact in terms of human labour and petrol used to make it work.

Globally, 20% of the population has appropriated 87% of the world’s natural resources. In Europe, we live in a cocoon – especially the rich – because we never see the negative externalities our consumption is generating. We pay dearly to keep the illusion of freedom to consume, both in terms of the environment and in terms of the exploitation and destruction of other populations around the world. The logic behind re-locating our production is to break with this illusion of freedom. If environmentally harmful products that required the exploitation of lots of people were produced locally, I would find myself face to face with the consequences of my actions.

You talk about democratic transition over the long run, devoid of authoritarianism, but at the same time you discuss imposing a maximum acceptable income and requisition housing. How do you have the part of the population that stands to lose from such a proposition accept it?

The choice is between degrowth by choice or recession by necessity. The European Union has imposed the latter through barbaric austerity plans. Greece’s ecological footprint has decreased because people have nothing, consume only the minimum when they can, no longer work or use their car. The human consequences are devastating.

But we also see that the Greeks have developed alternative economic models. Notably, we have the example of the potato revolution [direct producer to consumer sales, ed.]. Some print drachmas, others set up time exchanges (the unemployed doctor offers his services to the unemployed carpenter and vice versa … The recession experience has lead to the results chosen degrowth is aiming for. However, the path taken would have been extremely different.

Questions and answers freely inspired from interviews conducted by Emmanuel Thomas for the Basic Income website and by Coralie Schaub for Liberation.

“ […] the prerequisite for the transfromation of the economy is “ a strong adhesion from all and a participation to this desire for change”. That is the least … But we have to start somewhere and this stimulating book contributes to it undoubtedly”. Hervé Kempf in Le Monde.

“ And the success of the book may suggest that “transition is well underway”. Emmanuel Daniel in Slate.fr.