The CEU Weekly: « A Degrowth Project – to question the mantra of growth »

The CEU Weekly met with Vincent Liegey, co-author of “Un projet de Décroissance”, to discuss the degrowth movement, relocalization and the questioning of norms.

CW: Could you summarize degrowth as an idea for someone who has never encountered it?

Vincent Liegey: I would say that there are several definitions for degrowth. The first one is a provocative slogan. We try to open a debate where we question a lot of the beliefs that are not questioned anymore in our societies, particularly in the West. We mostly question what we call the « growth religion », this implicit belief that through growth you will solve all problems. The second definition is the name of a new political or intellectual way of thinking which is coming from quite a wide diversity of sources and I think it is very important because with this interdisciplinary approach we really try to connect all the crises which are in fact interconnected. Most of the time, when you are listening to mainstream politicians or intellectuals, whether they speak about economics, then environmental issues, then social issues, they are not able to put all of it together. Through the degrowth approach we really try to question, on the one hand, the physical limits to growth, as infinite growth on a finite planet is totally impossible. On the other hand, there are cultural anthropological limits to growth, so the fact that we have a very, very high level of consumption, production, basically “good growth”, in our Western societies, but we are not so much happier. Actually, we are less and less happy and need to reappropriate the sense of life, of well-being and democracy. All together we really try to construct a desirable, democratic transition to get rid of the growth addiction, to be able to solve the energy and environmental problems we are facing and to start constructing new types of societies which would be based on more well-being, autonomy and relocalization. It’s about how to construct societies of prosperity without growth.

TCW: Would you say that this is a good moment, with the Financial Crisis and the Euro Crisis, to discuss these changes?

V. L.: On the one hand, it is a good time; on the other hand, it is not. It’s not a good time because before the beginning of the financial crisis in the Western World in 2008 we spoke more and more about environmental issues. Since then, we mostly speak about the economic and social consequences. It is more difficult to speak about degrowth because we also address environmental issues. On the other hand, we are facing such a wide crisis and we have been in this crisis since 2008 and all the classical answers to this crisis do not work anymore. You can see that with the mainstream economists and politicians who say we need to solve the public debt, and we need growth to do that, and it never happens. So there is a space to speak about alternatives because it is such a deep crisis. With the crisis and the austerity plans there are people who are pushed so deep in misery that in order to survive they have to reinvent new ways of production, of survival, to exchange things, to take decisions together. 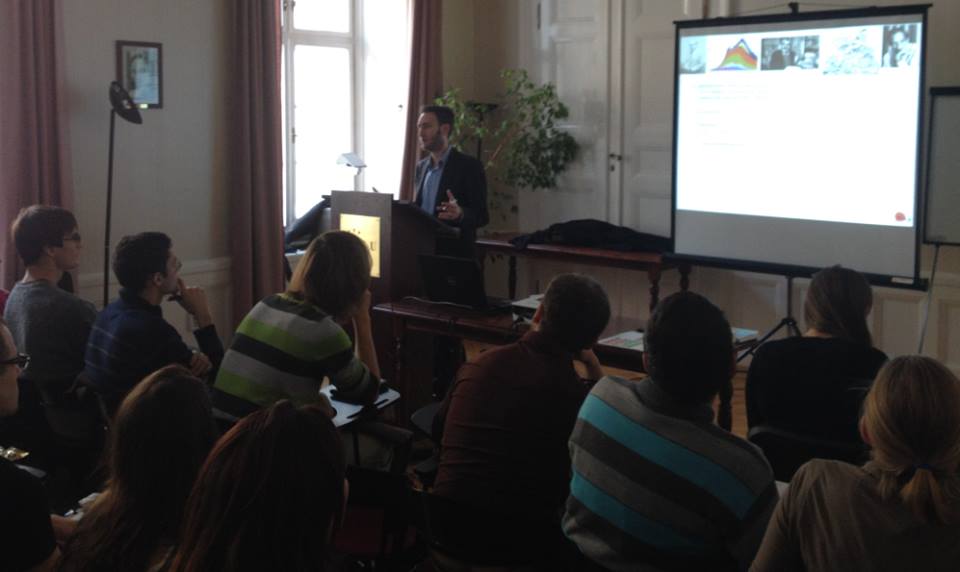 In fact, in places like Greece or Spain where young people cannot find jobs they start to reappropriate local production, local economic systems to produce food, to create new systems where you exchange services. The point is to get rid of the religion of economics as soon as possible, to put the economy back in its place, to stop the craziness of defending the high value of the currency, and to have the wrong belief that we have to repay the public debt but we will never be able to do so. We should question what is money creation, what is the public debt, where is it coming from, how to reappropriate central banks, how to democratically and politically reappropriate economic tools, and in this way implement a transition to new models of society.

Editorial Note: The rest of the interview with Vincent Liegey will be available on the CEU Weekly Blog on December 4. More information in English on degrowth and the book Vincent co-authored can be found at www.projet-decroissance.net/?cat=35.